If you know about skin colors, you’d know there are only 6 of them, according to the Fitzpatrick scale, which helps people identify skin tones.

However, containing the diversity in skin tones in just half a dozen categories isn’t fair or possible. That’s why dermatologists, aestheticians, and other professionals from the beauty industry chipped in to extend the scale.

And today, we will walk you through some of the most common skin tones you should be aware of.

18 Skin Tone Names You Should Know About

The alabaster skin tone is typically used to describe a white skin tone that sits between an ivory skin tone and a porcelain skin tone. It’s usually lighter than the former but darker than the latter and has a cool or neutral undertone.

Now, the absence of warm undertones may make alabaster look paler than it actually is, but it still complements most colors pretty well. People with this skin tone generally don’t have any blemishes or freckles, but this isn’t a universal feature.

A good example of someone with an alabaster skin tone would be Hollywood star, Anne Hathaway.

When talking about white skin tones, we couldn’t have missed out on ivory, which generally has a pinkish undertone that sets it apart from apparently similar tones like alabaster and porcelain. In case you’re wondering how it looks, we’d suggest referring to images of Hollywood star Emma Stone.

People with an ivory skin tone may also have a peach, bluish undertone, or golden undertone, which makes it darker than alabaster. But it’s still a versatile skin tone that matches different colors.

Well, don’t get us wrong- we haven’t deviated from skin tones to talk about desserts! The peaches and cream skin tone or complexion is usually characterized by pale white skin with naturally pink cheeks. Celebrity Julia Roberts has this skin tone.

Although peaches and cream complexion is said to be devoid of freckles or blemishes, the exact appearance will vary from one person to another.

Much like peaches and cream, people with porcelain skin tones have fair skin with a healthy pale complexion. It’s also very similar to the ivory skin tone mentioned above, the only difference being its yellowish undertone.

Emma Watson, who starred in the hit Harry Potter series, is a great example of someone with this skin tone.

We will now move on to brown skin, starting with tan, and we bet there’s hardly anyone who hasn’t heard about the tan skin tone.

Although it’s used generically to describe brown skin, naturally tanned skin (like Salma Hayak’s) is light brown. And one of the things that makes it extremely popular is its ability to resist signs of aging for the longest time.

We might have got you hungry again, but caramel skin tone refers to a medium brown skin tone. It’s about two shades darker than tan and has a beautiful golden undertone, like that of Halle Berry’s.

Praline is practically a neutral or medium brown skin tone between light and dark brown. Likewise, the undertones of most praline skin tones are also neutral, so you may use pink, peach, or golden colors to bring in some contrast while doing your makeup.

You can seek inspiration from the “Senorita” singer Camila Cabello to see how she pairs her praline skin tone with beautiful makeup looks.

If you have a honey skin tone like Penelope Cruz, you’re naturally more inclined towards tan. But it’s still a light brown skin tone, only a few shades deeper than something pale like ivory. In fact, honey can, too, vary from pale to dark in terms of shade.

Appearance-wise, it resembles the effect rendered by a dewy highlighter applied to your skin. And as far as the undertone is concerned, it has a slight yellow undertone with a hint of orange in some cases.

People with a honey skin tone can use both light and dark foundations according to the look they are going for, as it suits all colors.

Mustard skin tone doesn’t resemble the color of mustard sauce you add to your burgers or sandwiches. Its dominating yellow undertone gives it the name. But despite that, some people may have a more pale brown skin, which can be complemented with the use of contrasting colors like pink or red.

Even wondered how someone got the perfect tan, only to find out that it’s their natural skin tone? Well, that’s the bronze skin tone for you, which can have both red or golden undertones.

The best part about the bronze skin tone is its subtle glow that often becomes the highlight of the makeup look. If you don’t have a foundation in the exact shade, you can easily get away with a slightly lighter one in case of a bronze skin tone.

Both JLo and Rihanna are brand ambassadors of the much sought-after bronze skin tone.

The chestnut skin tone is a medium reddish brown shade (or dark tan) with warm undertones like red and golden. This gorgeous skin tone is more than just dark skin- it’s very popular due to its natural radiance, which can help almost any makeup look stand out.

Again, we don’t mean to get you all hungry, but the chestnut skin tone is often nicknamed “milk chocolate” due to its color and warm undertone. Actress Issa Rae has this skin tone.

The Mahogany skin tone is named after the color of the tree, and people with this tone have distinctly deep brown skin with a red undertone. This shade is similar to the color of copper or rust and has a lovely reddish-brown glow. Frida Pinto, who starred in the Oscar-winning flick “Slumdog Millionaire,” has this skin tone.

You guessed right, the saddle brown skin tone is named after western horse saddles, primarily due to its light brown color. Much like its predecessor, this skin tone also has a red undertone, which is almost invisible. In some cases, the undertone is a very pale yellow.

Yet another distinct skin tone on our list today is sable, which is so brown that it almost looks black. However, its brown undertone can sometimes make it look blue.

A sable skin tone is pretty rare to find, especially in celebrities. But Australian model Duckie Thot has this skin tone.

The almond skin tone is very close to natural brown, thanks to its cool undertones like pink or blue. However, the shade range can vary between dark to light brown. Actress Priyanka Chopra Jonas has a vibrant almond skin tone that’s more on the darker end of the spectrum.

Like Eva Mendis, people with fair to light brown (or medium tan) complexions are said to have an olive skin tone. Now, the name may tell you that it has a green undertone, and you’re partially correct. But interestingly, olive skin tones can have a yellow or golden undertone as well.

A common misconception about this particular skin tone is that it’s synonymous with white skin tones. But that’s not the case, as beige skin tone bridges the gaps between white tones like ivory and brown tones like olive, with an inclination towards the latter.

In hindsight, it can be considered as a lighter, more golden shade of olive-toned skin. And the natural beige skin tones typically have yellow, green, or even gray undertones. Many Hollywood celebrities like Jessica Alba, Ariana Grande, and Kate Hudson, among others, flaunt this gorgeous tone with complementing makeup looks.

Although this skin tone is a tad bit darker than chestnut, it’s not very distinguishable. If you have deep brown skin with a glowy red undertone, you probably have an umber skin tone like British model-cum-actress Naomi Campbell.

How To Determine Your Skin Tone And Undertones?

To be honest, determining your exact skin tone and undertone isn’t easy, even with our handy guide. You may try figuring out your undertone by looking at the color of the veins. For instance, if your veins appear blue or purple, you’d ideally have a cool undertone.

Similarly, if the color is more on the greenish side, your undertone would be warm. In case you can’t determine the color, you likely have a neutral undertone.

But it’s easier said than done, so we’d suggest speaking to a dermatologist, who can help you determine your exact tone and undertone. Not only that, but they will also suggest the best skincare products and routines accordingly.

Remember that different skin tones have different characteristics, especially when it comes to how they react to sun exposure. This is mainly due to the varying melanin (or color rendering) content, which also determines our eye and hair color to a certain extent.

While some melanin-rich skin tones like caramel are more resistant to sun damage, pale tones like ivory or porcelain can become red or inflamed under the sun. So, it’s important to take the right steps to minimize skin damage. 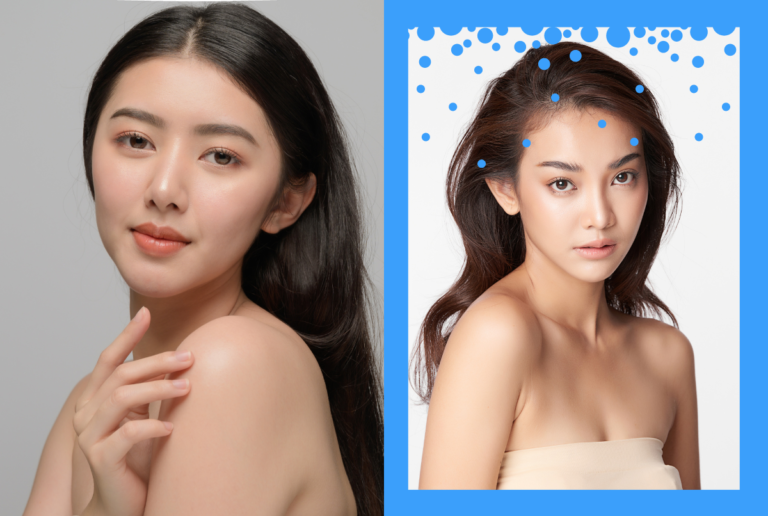 Asian skin tone differs from Caucasian skin in terms of facial features and pigmentation.  Some Asians have darker eyes, lips, and cheeks than other ethnic skin types. They might also have thicker hair and eyebrows while the skin texture could be paler or feature darker skin tones.  A common perception is that the Asian population… 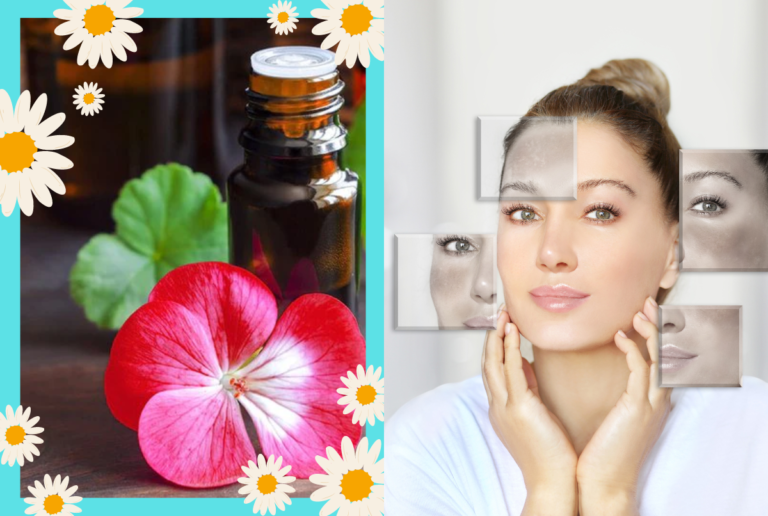 With aging comes several issues like the loss of skin elasticity, fine lines, wrinkles, and damaged skin. But fortunately, there are ways to counteract them. Hence, taking proper care of your skin becomes vital after a certain age. And essential oils for skin have a host of benefits such as skin tightening, anti-aging, and anti-inflammatory… 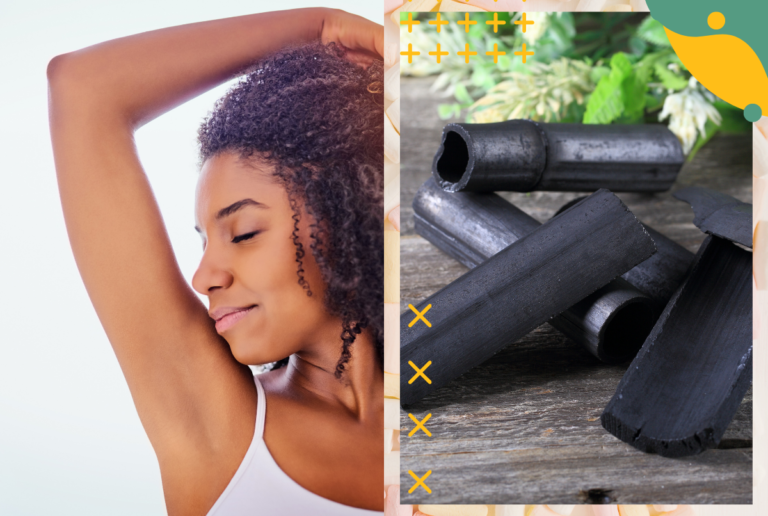 Are you thinking about switching to an all-natural deodorant but still not sure? Well, we’d say you’re on the right track.  You might already be using certain natural skincare products to ditch the exposure to synthetic chemicals. So, why not opt for a healthier deodorant too?   But the next big question is, where can you… 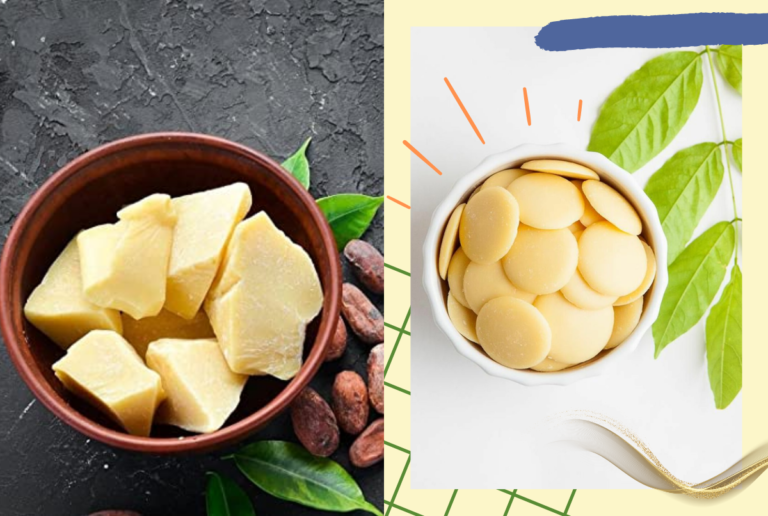 Traditionally, major cosmetic manufacturers used mineral oils and petroleum jelly as key ingredients in cosmetic products for many reasons.  They are cheap, can be produced on a mass scale, and have a long shelf life. However, in the past decade, consumers have become more aware of the products they are consuming, and as a result,… 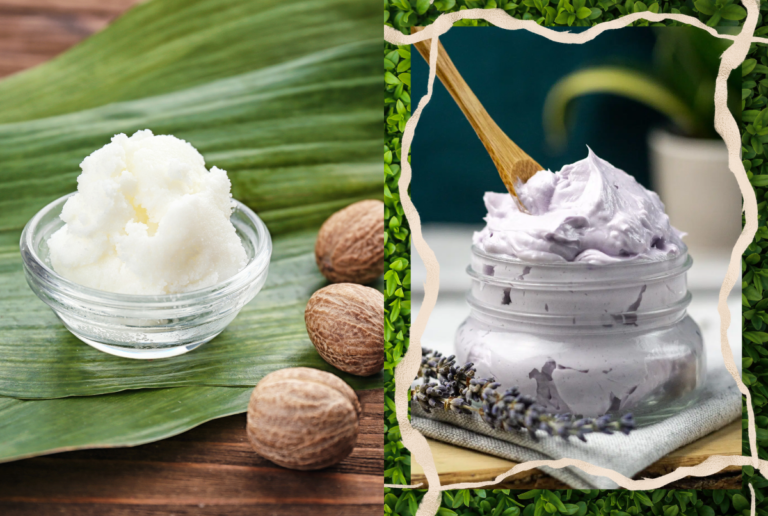 Often nicknamed “women’s gold,” shea butter is a very popular ingredient used in beauty products worldwide. Its origin dates back to Queen Cleopatra of Egypt, when it was used for cosmetics, making topical creams, and in desserts to enrich their taste. And today, its whipped version has made it extremely versatile in terms of use…. 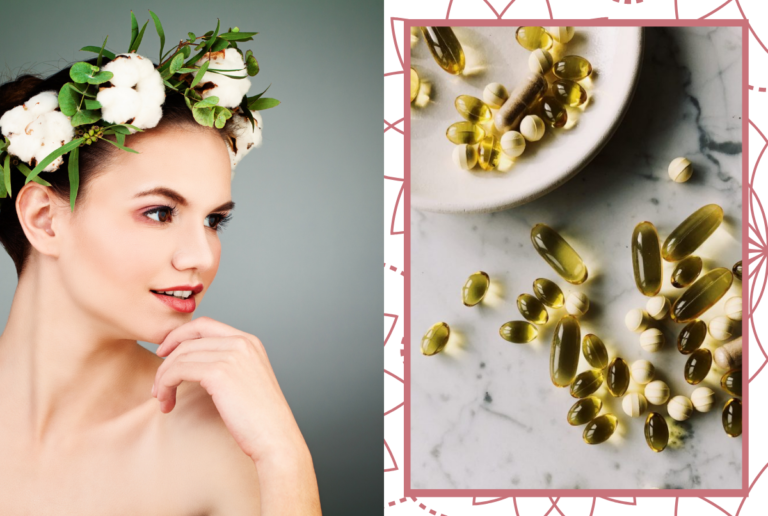 You must have heard about omega-3, omega-6, and omega-9 fatty acids. When you hear about them, you probably picture a supplement containing fish oil.  However, they are way more than just that. They toe the thin line between cosmetic care and health care; however, they work both topically and internally to enhance the skin. Plus,…